When you have braces, some swelling in your gums is normal. There is a constant tension being put on your teeth by your braces to cause them to move and the swelling can be caused by this. But there could be other aspects involved in your condition if the bleeding and swelling is continuous.

Constantly swollen gums, while their not an emergency, do indicate that you probably need to get professional dental care because something isn’t right. What could be causing your swollen gums other than your braces is something you really should take a few minutes to understand.

Swelling of your gums can be a sign of a decay deep within your tooth that has moved to your gums through the root of your tooth. If the decay remains untreated, it can keep spreading deeper in your tooth until it infects the tooth pulp or soft inner tissue. And it could be necessary for you to get a root canal after this happens. You may even be required to have the tooth extracted. Pulp infections are less likely to occur with regular dental appointments where your dentist will be able to identify and dealing with minor infections or cavities before they develop into serious dental complications.

Gingivitis is a disorder that results from inadequate oral hygiene. As a forerunner to periodontal disease, gingivitis causes redness, bleeding, or swelling of the gums, especially when you brush or floss your teeth. The inflammation is an effect of your gums trying to combat the bacteria present in the plaque which has accumulated on your teeth due to inadequate cleaning, which may be more difficult now that you are wearing braces. To fight gingivitis, take more time to make sure that you brush and floss effectively. It might be necessary to make use of specialized tools, such as a floss threader, to floss your teeth properly when you’re wearing braces. It is also crucial that you make regular visits to the dentist so that you can receive the professional tooth cleanings you need.

When foreign objects get lodged underneath the gum line, gum infections can be the outcome. Even something like a small piece of popcorn can cause this severe issue. Under your gums, an abscess of pus will form. Proper management of such an infection generally requires draining and a round of antibiotics. The exact cause of the abscess will identify if you should have additional treatment. For instance, an abscess caused by infected pulp tissue in a tooth may require a root canal.

Here are some less frequent causes for swollen gums:

If you’re suffering from swelling or pain in your gums, whether you have traditional braces or Invisalign, get in touch with us as soon as possible. You won’t have to worry about your swollen gums becoming a more significant problem if you seek treatment sooner rather than later. 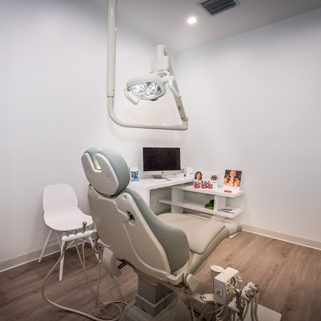 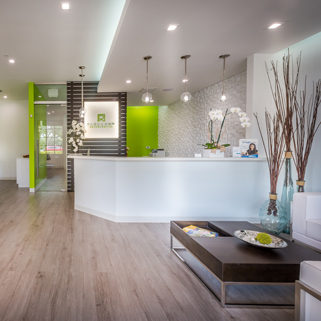